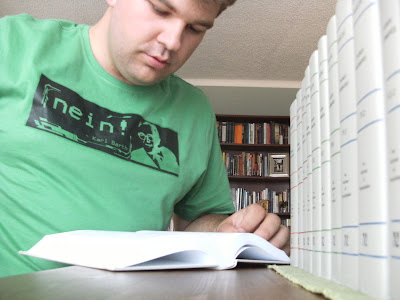 So my box set of Church Dogmatics arrived this week - appropriately on my birthday.

There is a lot to admire about Karl Barth and his massive, unfinished project. I recently had the joyful experience of explaining who Barth was to someone in Manning Bar who had never heard of him. He was a theologian who called his readers to focus on Jesus. His opposition to liberalism, Nazism, and Cold War's partianship was because of what Barth knew God had done in and through Jesus Christ. When asked by a reporter how he would summarise his work after all his years of study, Barth replied "Jesus loves me, this I know, for the Bible tells me so."

Maybe I should have shown them this video:

The impact of Barth's scholarship during and after his life time has been far reaching. Yet far more influential than the volumes of his writing was his commitment to the gospel. After Barth died in 1968, the translators of Church Dogmatics into English - TF Torrance and GW Bromiley - made reference to this in their preface to CD IV.4:

"When the proofs of this book were still in our hands, new came in that Karl Barth was dead. God took him to his rest in the early hours of December 10, 1968, the great Church Father of Evangelical Christendom, the one genuine Doctor of the universal Church the modern era has known. It is in the Church Dogmatics above all that we must look for the grandeur of this humble servant of Jesus Christ, for the work he was given to accomplish in it will endure to bless the word for many centuries to come. Only Athanasius, Augustine, Aquinas and Calvin have performed comparable service in the past, in the search for a unified and comprehensive basis for all theology in the grace of God.

The Church Dogmatics represents an immense struggle for the understanding of the eternal Word of God and its rational articulation in the modern world in which the thought-forms of man are obediently and pliantly yielded to the self-revelation of God in Jesus Christ according to the Holy Scriptures."

If this has whet your appetite, you might like to check out the highlight package of Church Dogmatics at Faith and Theology: Church Dogmatics in a Week. And remember to love God and keep your pipe lit.
Posted by Matthew Moffitt at 12:38 am 1 comment: Links to this post 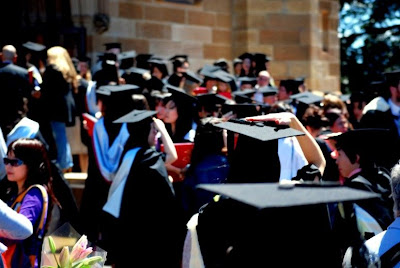 In case you missed it, Southern Cross (the Sydney Anglican mag) ran a two page feature this month on higher education and the Wesley Institute. Bryan Cowling argued that the newly envisioned Wesley Institute might help fill the gap of "well-informed Christian educators in the university". What Cowling imagines for the university is very similar to what I've come to see this year as I've served alongside Christian academics at Sydney University:


"We need lots of intelligent, mature articulate Christian philosophers of education who are equally skilled and knowledgeable in their academic discipline as in applied biblical doctrine and theology. We need hundreds of these academics in our public universities and colleges to nurture the next generation of visionary educational leaders (you could say the same about about each of the gatekeeping, public-policy shaping professions)." - Bryan Cowling, The Hole in Higher Education, Southern Cross: November 2010, pp 28-29.

As I've argued elsewhere, the university offers a unique opportunity to affect the world. I do have some misgivings about Cowling's conclusion (which you might like to ask me about in the comments), but I'm genuinely glad that I'm not alone in praying that the hearts and minds of academics would be shaped by Christ.

However, there is one sentiment in particular that I do find concerning. After calling for a hundred of thought-out academics in the university, Cowling goes on to argue:


"There needs to be career paths in public universities and colleges in this country if we are to avoid losing our best Christian minds to leadership positions in other countries."

Lose our best Christian minds to other countries? I find this to be unbelievably short-sighted and parochial. Instead of worrying about a brain drain, we should be encouraging our best Christian minds to use their opportunity in the academy to leave. For eu postgrads and staff, our vision is that when Christian academics finish at Sydney University, they'll go to other universities in less reached and less resourced parts of Australia in the world. Our vision is that they'll be people who - with all the energy that God powerfully works within them (Col 1.29) - will be shaping peoples lives in Christ. They'll be academics who can engage and speak the gospel into public policy and discourse. They'll be academics who know how to support campus ministry. And if they find themselves in a university where there is none, then they'll know how to start it.

Hording our academic minds is not the right response to the "marginalising of respectable Christian thinking in Australian society."* Taking every thought captive to obey Christ can't stop at the Australian coastline. 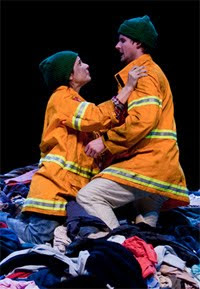 Within the last week, Matt and I have done three particularly cultured things:
Sculpture by the sea was alright, but the events at the Opera House really took the cake. Twelfth Night made me laugh until I cried, multiple times. And, amazingly, so did the ballet! The final piece, Molto Vivace, was a hilarious parody of traditional ballet set to some of Handel's most beautiful and upbeat string music. I was in stitches as an extremely tall ballerina entered the stage in the middle of the piece (obviously sitting on another person's shoulders, who was hidden under her enormous skirt) and demanded to be romanced by her male partner. I nearly fell off my chair laughing when she slipped away leaving her partner dancing with her torso-less skirt. 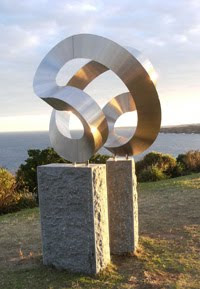 What a great week it was, but it has also got Matt and I thinking a lot about how consumerist high culture is. It's a hidden thing - when I think of consumerism, I think of things like Coke and Barbie dolls and ipods. But Shakespeare plays, ballet and other arts are products for consumption too, especially when they are marketed as an essential experience for the upper middle class.

I find great pleasure in these kinds of performances - dance and music performances especially. I love watching and interpreting and I love being moved by it all. I love crying when things are beautiful. I have cried at the beauty of a live performance of Handel's Zadok the Priest and I have bawled my eyes out watching the Prokofiev's Romeo and Juliet ballet. But sometimes I feel almost guilty that I experience these kinds of moments so frequently. Seeing a beautiful performance is one thing, but it's never that alone. It's a night out in a glittering city - lit by thousands of fossil fuel burning lights. It's an overpriced meal beforehand, served up by underpaid kitchen hands and waitstaff. We eat food that has travelled thousands of kilometres to sit on my plate. Are the farmers who produced this food in foreign countries getting paid enough to take their family to see Shakespeare? Is this foreign food depriving local farmers of a decent income? Can local farmers take their families to the Opera House? The curtain goes up and the stage lights turn on. Who says that this form of dancing is the highest form of dancing? What about dancing from other cultures? Would this many people pay this much money to see dancing from a different culture?

These high culture nights always seem to go the same way for me: the indulgence of a good meal, the elation of an indescribable performance and then the gnawing sensation as I leave the theatre: how sustainable is this thing that I have just done? 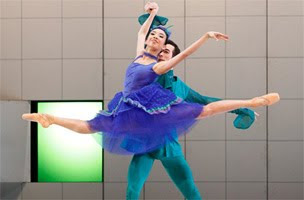 Even with these sobering thoughts, I don't think I want to stop going and enjoying these things. But I definitely don't want to stop thinking of the bigger ethical picture behind it all. At the moment, feeling the weight of each performance I see makes me appreciate these moments as a blessing. Maybe for now it is just a case of being thankful that I get to enjoy these things now, to acknowledge that they are not essential experiences to be a human (not even an upper-middle class human!) and to remember that they are not to be taken for granted.

Posted by Matthew Moffitt at 5:01 pm 4 comments: Links to this post

Dietrich Bonhoeffer is a lot of things. A martyr. A resistance fighter. The hero of a fallen leader. He is an inspiring writer who cared about Christ and his church. Yet for all this, we rarely see Bonhoeffer as a model academic. Unless of course you are Marilynne Robinson.

Robinson's Bonhoeffer is more than this of course. But to understand Bonhoeffer you need to understand him as an academic. Earning a doctorate in theology by the age of 21, Bonhoeffer started to lecture in the University of Berlin by the time he was 22. He would go onto to teach in some of Germany's finest academic institutions of the time. And yet, unlike so many other academic contemproaries, Bonhoeffer understand the danger posed by Hitler's National Socialism. As a Christian in academia, Bonhoeffer was prepared to let his beliefs shape every part of his life, even if it lead him to the hangman's noose. Having read Robinson's homage to Bonhoeffer in The Death of Adam, I want to suggest three reasons why Bonhoeffer stands out as a model academic.
A brilliant mind, Bonhoeffer lived and died for what he believed in. He loved the world like his master did, and was prepared to speak up and act against injustice. And he did all this without going flaky on what lay at the centre of his life. Bonhoeffer has been an inspiration to me for over seven years now. And Robinson's reading of him has only solidified this for me. I look forward to carrying on part of his legacy in the postgrad ministry at Sydney University.
Posted by Matthew Moffitt at 11:36 pm No comments: Links to this post

Here a short interview calling Melbourne Anglicans to be a prophetic voice to Australia and why sorry isn't sorry without restitution. H/T Stephen Gardner.

Posted by Matthew Moffitt at 8:00 am 2 comments: Links to this post


Posted by Matthew Moffitt at 3:59 pm No comments: Links to this post

Jeremy Begbie on Theology and the Arts

Posted by Matthew Moffitt at 4:55 pm No comments: Links to this post

CMS-NSW recently released the second edition of their e-journal, Landscape. This edition includes some fascinating articles, including this video that I've mentioned earlier. There's also a review that I've written of Paul Hiebert's Transforming Worldviews: An Anthropological Understanding of How People Change. You'll find it here.
Posted by Matthew Moffitt at 9:26 am 2 comments: Links to this post