Each year, the International Bulletin of Missionary Research releases an update on the status of global Christianity. They've just released the 2011 Status of Global Mission report, which has some really interesting findings. It's a valuable report because it compares "Christianity’s circumstances to those of other faiths, and assaying how Christianity’s various expressions are faring when measured against the recent (and not-so-recent) past." And as one blogger put it, "The report is unfailingly interesting, sometimes jarring, and occasionally provocative." Here's what they found (which is a summary of George Weigel's article at First Things):

Posted by Matthew Moffitt at 6:58 pm 5 comments: Links to this post

"If one looks at the world scene from a missionary point of view, surely the most striking fact is that, while in great areas of Asia and Africa the Church is growing, often growing rapidly, in the lands which were once called Christendom it is in decline.Surely there can be no more crucial question for the world mission of the Church… Can there be an effective missionary encounter with this culture – this so powerful, persuasive, and confident culture which (at least until very recently) simply regarded itself as “the coming world civilization” (Newbigin, 1985).

If you're interested in things like:
Then you should read Krish Kandiah's homage to legendary missiologist Lesslie Newbigin. It's quite an exciting read, which you'll find here.

Saying No To The HUP 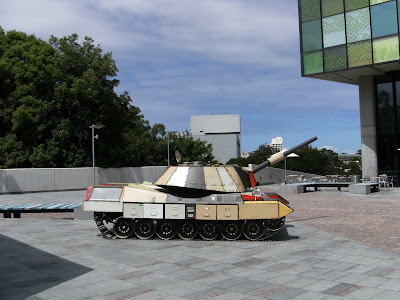 No, it's not a new disease or government initiative known only by abbreviation. The Homogenous Unit Principle - or the HUP amongst it's hipster friends - is the missiological idea that "people like to become Christians without crossing racial, linguistic or class barriers" (McGavran and Wagner 1970). And to a certain extent, it works. So as you look around the contemporary church scene, you'll find a church for almost every social and cultural group in Australia. Armed with pragmatic, 'missional' ecclesiology, churches have been started that minister to artisans, entertainers, etc. "Homogenous churches are those in which all the members are from a similar social, ethnic or cultural background. People prefer to associate with people like themselves – ‘I like people like me’. And so we should create homogenous churches to be effective in reaching people" (Tim Chester).

The only problem with the HUP is that's questionable just how biblical actually is. According to Tim Chester:

A central picture in New Testament of the church is of Jews and Gentiles with one voice glorifying the the God and Father of our Lord Jesus Christ (cf. Romans 15). In Christ two peoples become one; Christian Jews and Gentiles become one new people of God, part of the one body of Christ. So then "there is neither Jew nor Greek, there is neither slave nor free, there is no male and female, for you are all one in Christ Jesus" (cf. Galatians 3.28-29). Or again in 1 Corinthians "For in one Spirit we were all baptized into one body—Jews or Greeks, slaves or free—and all were made to drink of one Spirit" (1 Cor. 12.13). And according to Ephesians 3, it is the unity of the church "across barriers that have hitherto divided humankind is the sure sign to the powers that their time is up, that they are not masters of the world and that Jesus is" (NT Wright). The very fact that "Greek and Jew, circumcised and uncircumcised, barbarian, Scythian, slave and free" (Colossians 3.11) can praise God together in and of itself declares that Jesus Christ is Lord.

So this year, at Sydney Uni in the eu postgrads & staff faculty, we've said no to the HUP. Campus life is already segmented enough as it: between arts and science, staff and students, academics and support staff. According to Alasdair MacIntyre this results in:

“the graduates of the best research universities tend to become narrowly focused professionals, immensely and even obsessively hard working, disturbingly competitive and intent on success as it is measured within their own specialized professional sphere, often genuinely excellent at what they do; who read little worthwhile that is not relevant to their work..." (MacIntyre 1999).

Instead of organizing our groups by schools and faculties, this year our small groups, prayer groups and reading groups will be organised by broad geographical terms, i.e. Darlington, Fisher, Manning, etc. So in 2011 we're making the English and Physics postgrads sit down and read the Bible - together. We are convinced that they have great things to offer each other, and by talking to each other they'll become more rounded academics. But more importantly, we are convicted that the gospel tears down whatever barriers people place between themselves. We are convicted that what defines as people isn't our academic disciplines (and the expectations these entail) but our identity in Christ. And we are far more united than the academy would have us believe.

We don't do this to ignore the different academic disciplines. The Physics postgrads will still need to support and talk to each other as the live out the Christian life in their school. We're not intending to force people to blandly assimilate. Rather, as we acknowledge the wealth of diversity across eu postgrads and staff, we realise that their is more that unites us than divides us. "...[F]or the same Lords is Lord of all" (Romans 10.12).
Posted by Matthew Moffitt at 5:39 pm 2 comments: Links to this post